By Dean Arif, MY Bullion Trade:

All you need to know about gold deals, scams, fraud and the reality of gold trade and mining. 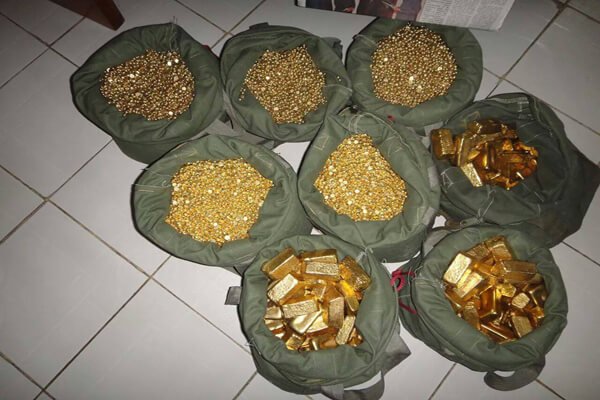 As one of the most prominent gold bullion dealers in Malaysia, MY Bullion Trade receives 10 or more offers a week. We have had every gold scam tried on us time and time again. After 7 years of tolerating these con men, compiling lists of modus operandi, emails and WhatsApp messages, we want to share with you some of the main gold scams so that you will not fall prey to these fraudsters especially if you are thinking of being the intermediary trying to profit from the commission or arbitrage.

Who wouldn’t want to buy gold at a huge discount to the prevailing price, pick up the metal and then dump it onto some bullion dealer and get paid the market price thus making an absolute killing, right?

The main lessons are not to put any money up front and not to send documentation out to someone you don’t know. The ways to avoid this are to thoroughly do your research on the buyer, ignore anything on a social network site. Check the incorporation date of the company, size, website, directors, previous dealings in the industry, etc.

FACT NUMBER ONE: Most of the deals and offers of gold from Africa are scams, fake and fraudulent. What you see on pictures or videos is brass or lead painted in gold colour. Gold dust may be yellow, but not everything that shine is gold. Even if you see some true gold on pictures placed on a newspaper to indicate the current date, that is not the gold that you are going to get in your hands. 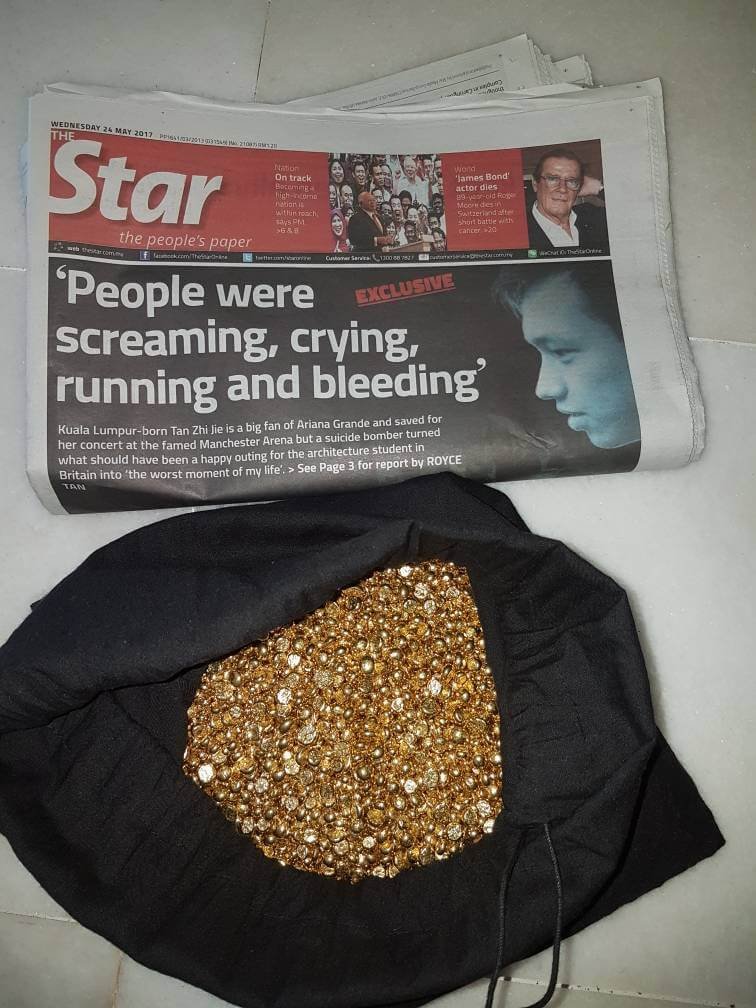 FACT NUMBER TWO: A local gold miner has local gold buyers where he sells the gold and that was the main reason for the small scale miners to open up a gold mine in the first place. Do you really think that any small scale miner needs you outside, out there, in the foreign country to sell to you, when he can sell it locally?

If you are still in la-la-land being lured into thinking that there will be some nice gold deal to accomplish and all you need to do is to bring the buyer and seller together, or any other such combinations, you should first consider the fact that local buyers are everywhere.

Not only that gold is sold near the gold mines, it is sold and traded in any major city and town of any of the African countries that have developed mining activities.

As a matter of fact, most of the times, one will get in average more money for the gold than when sold as scrap in Western countries.

Gold is sold for cash and occasionally for bank transfers. Anywhere in Africa is the same. Cash is king. There is only one true procedure and that is: bring the gold, let me melt it, I am assaying it myself, and I am paying cash. Everything else like formalities and papers may be handled only when necessary.

There are no such things as FCO, LOI, POP, POF, bank guarantees, and all the nonsense that is being disseminated on Internet that is based on false information.

Gold is sold for cash. No questions asked.

If you believe that someone out there in Ghana or Mali or Tanzania have any problems selling gold for cash without questions asked, you are lured, naive and most probably you are inciting genuine and decent people to be involved in a criminal enterprise.

You may think that a local gold owner need an ID to sell gold? Yes, maybe by the law. But practical sales is as such: they bring the gold, the gold is melted, the gold is assayed on the simple water-based scale that measures its density, and gold is paid for cash. No questions asked.

There is some cheaper gold but one has to be established locally and work with the local company and provide time, effort and energy into making business by purchasing from small scale miners and trading with the dealers located in cities. It is very questionable if profits can easily be made by exporting such gold, due to the fact that exporting is costly, there are taxes and royalties to be paid, while quick business may be done with local guys purchasing it on the spot for spot prices.

FACT NUMBER THREE: Spot prices are available in each of the African countries. Yes, gold may be sold locally everywhere in Mali, Ghana, Sierra Leona, Burkina Faso, Tanzania, Congo and many other African countries. This alone shall appeal to your common sense, and if there is any gold trade deal out there that might be genuine, it shall be very well justified to go around this fact. Some refineries like AA Minerals in Ghana are going to pay 2% discount for any gold that is brought to them. Some dealers are paying spot prices and very often above the spot price. Large quantities are rare, and if you really wish to get the gold, instead of discount, dealer is going to pay better price just to get it. The large players in the market are converting cash for gold and they are paying for the speed. It is easier to win the Lottery than to close the deal on distance without being qualified for it.

Usually, gold brokers are located just nearby the jungle and bush in Tanzania, and they are paying like 5% discount. There are 15 people gathered in open, buying gold in this open hut. They are going to travel 4 hours to distant city and sell the gold for spot prices. Do you really think that anyone in that city would be willing to sell gold under the spot price, especially in quantities? Nobody is that crazy. People don’t give money for free. Would you give few thousand dollars to someone when you can get the spot price just there in your own city? Don’t be naive.

FACT NUMBER FOUR: There are actually gold deals that are genuine. But they are not going to appear on the Internet, emails or WhatsApp. You must go on the ground, explore, meet the people, make the connections, know your stuff, and you always need to give some benefits to miners and gold dealers in order to structure any deals.

Deals on a distance is mission impossible. WHOEVER REALLY HAS GOLD in the mining country, that person can easily sell the gold for cash at the spot and does not really need a foreign buyer. That is like if you have a car of $10,000 in US, and you know you can easily sell it for $8,000, but you place advertising on Internet to sell the same car in Malaysia for $6,000 — which would be complete nonsense, as everybody in your city would know that you may sell it for better price in your own country.

Our message is very simple. If a deal looks too good to believe, it probably is worse than you can imagine!

We have heard it all before with variation from different countries such as Brunei, Thailand, Philippines, Indonesia and even Japan! Not one of these deals ever materialises. Therefore, before forwarding such “good deals” and ANNOY us, please turn on your common sense!